What Exactly Is Tether (USDT)? 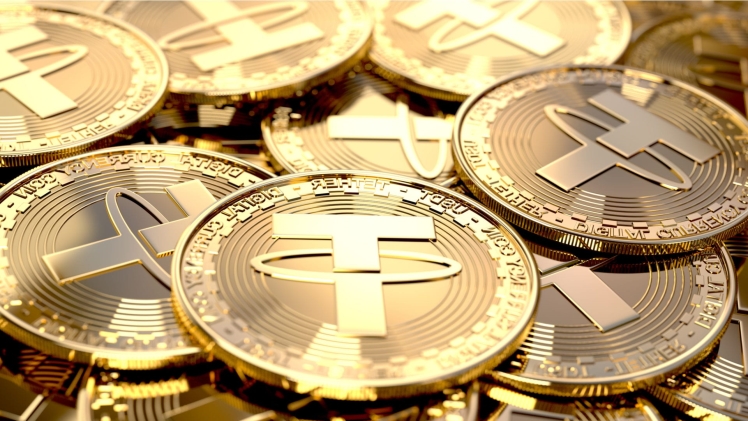 USDT is a stablecoin (stable-value cryptocurrency) issued by the Hong Kong-based company Tether that mirrors the price of the US dollar. The token’s peg to the USD is achieved by keeping reserves of commercial paper, fiduciary deposits, cash, reserve repo notes, and treasury bills equal to the number of USDT in circulation.

Originally known as Realcoin, a second-layer cryptocurrency token built on top of Bitcoin’s blockchain using the Omni platform, it was later renamed USTether and, finally, USDT.

In recent years, stablecoins have become increasingly popular as an inflation hedge; instead of keeping fiat currency in a savings account with an average yield of 0.06%, users can lend their stablecoins and earn yields ranging from 3% to as high as 20%. However, keep in mind the regulatory, platform, and other risks.

Who Are Tether’s Founders?

USDT — or as it was known at the time, Realcoin — was launched in 2014 by Brock Pierce, Reeve Collins and Craig Sellars.

Brock Pierce is a well-known entrepreneur who co-founded several high-profile projects in the cryptocurrency and entertainment industries. In 2013, he co-founded Blockchain Capital, a venture capital firm that had raised more than $80 million by 2017. Pierce was appointed director of the Bitcoin Foundation in 2014, a non-profit organization established to help improve and promote Bitcoin.

Collins will lead SmartMedia Technologies, a marketing and advertising technology company, in 2020.

Craig Sellars has been a member of the Omni Foundation for over six years, in addition to his work on Tether. Its Omni Protocol enables users to build and trade smart-contract-based properties and currencies on top of the Bitcoin blockchain. Sellars has also worked in several other cryptocurrency companies and organizations, such as Bitfinex, Factom, Synereo and the MaidSafe Foundation.

The unique feature of USDT is that Tether guarantees that its value will remain pegged to the US dollar. Tether claims that every time it issues new USDT tokens, it adds the same amount of USD to its reserves, ensuring that USDT is fully backed by cash and cash equivalents.

Because of the crypto markets’ notoriously high volatility, cryptocurrencies can rise or fall by 10-20% in a single day, making them untrustworthy as a store of value. The USDT, on the other hand, is immune to these fluctuations.

Read more about the Poocoin Price.

Because of this property, USDT is a safe haven for cryptocurrency investors: during periods of high volatility, they can park their portfolios in Tether without having to completely cash out into USD. Furthermore, USDT provides a simple way to transact a US dollar equivalent across regions, countries, and even continents using blockchain — without the need for a slow and costly intermediary, such as a bank or financial services provider.

However, there have been a number of controversies over the years regarding the validity of Tether’s claims about their USD reserves, causing USDT’s price to drop as low as $0.88 at one point in its history.

Binocs is an excellent platform for managing cryptocurrency taxes and coin tracking. Please visit the website again as soon as possible. Unlike government-backed currency, the value of virtual currencies such as mexc global is determined entirely by supply and demand, resulting in significant gains or losses for investors.

Services to Outsource for Small Businesses

How To Make Money Online For Beginners: Simple Instructions For Good Earnings